An Average Day for the Stevensons

[So sparse updates have been sparse lately. In an attempt to alleviate that, today I'm going to present you readers with something a little different. I'm currently in a Creative Writing course that I had to write a short story for and this was the result. It's an easy way to fake content give you something to hold you over until I write a proper update, and I think it's the type of tale the internet might approve of. The rest of this update is the aforementioned short story, unchanged but for a few formatting edits to make it more readable in an online format]
Read more »
Posted by Genericide at 7:12 PM No comments:

Many years ago, when I was but a wee lad, there were a series of very popular JRPGs. It so happened that one year this series wanted to branch out and make a game in a slightly different genre. Rather than their usual style of game they instead opted for a more tactical one, with grid based combat similar to what one would see in, say, Fire Emblem. They brought their own flavor of individual character progression and classes to the table and the result was considered a rousing success. That game was called Final Fantasy Tactics. I…did not play that game. 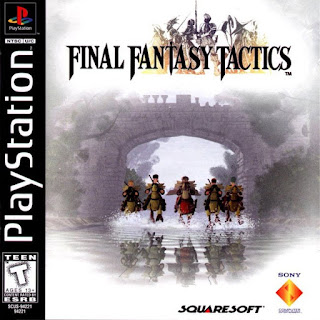 Pictured: The game I’m not going to talk about
Read more »
Posted by Genericide at 9:24 PM No comments: