Mists of Pandaria is WoW Classic's Next, Only Expansion

A recent press release from Blizzard Entertainment reveals that Mists of Pandaria will be World of Warcraft Classic's first, and only, expansion.

World of Warcraft Classic is an alternate version of the MMO giant, released in August 2019 to appeal to players who wished to play the game as it was prior to the many paid expansions of the original. Since launch, many players have been speculating if Blizzard would invest in legacy versions of these expansions as well. The news broke this morning that the company was interested in just that, but only for the fourth expansion, Mists of Pandaria.

Citing that the expansion "appealed most to the company's current sensibilities", the press release stated that Mists of Pandaria was the only expansion they would add to Classic, ever. It additionally revealed that though some beloved parts of previous expansions would be kept untouched, like all lore involving Kael'Thas Sunstrider, changes would be necessary to adapt to the sudden jump in content. We have compiled a list below of the most notable points about gameplay fixes, story alterations, and Blizzard's development plan:
Read more »
Posted by Genericide at 7:35 AM No comments:

The Top 10 Breaths in Breath of the Wild 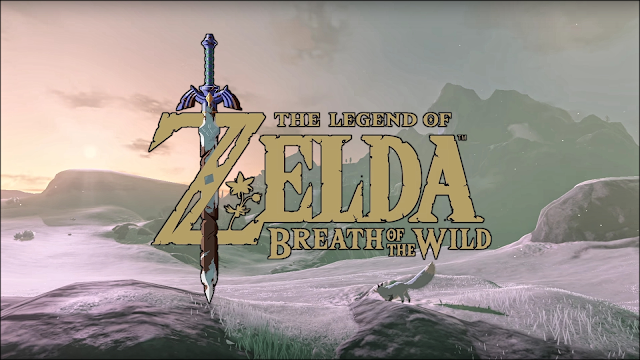 It has come to my attention that the collection of slack-jawed ignoramuses known as the human race are even more incompetent than I first suspected. I've scoured the internet for articles on The Legend of Zelda: Breath of the Wild, and found them on all manner of inane subject matter. Reviews, walkthroughs, retrospectives, confirmation that the cartridge works…all sorts of completely useless information! I trudged through this morass of infantile garbage and found not one, not one post that bothered to talk about what's really important.

Why is no talking about the BREATHS in Breath of the Wild?!

Seriously, what is WITH you herd of glue-munchers?! Am I the problem here? (Hint: I'm not). Have I wandered into some parallel dimension where free lobotomies are given out at birth?! Anyone with two sub-atomic particles clattering together in the vacuum behind their eyes should realize what an essential part of the gaming experience this is. Fortunately for all you addle-pated internet bottom feeders, I am benevolent as I am eloquent. I have therefore taken it upon myself to rank the most notable instances of breathing in Breath of the Wild. I know you cretins will never understand how blessed you are to be enriched by my wisdom, but feel free to thank me anyway. You ungrateful swine. 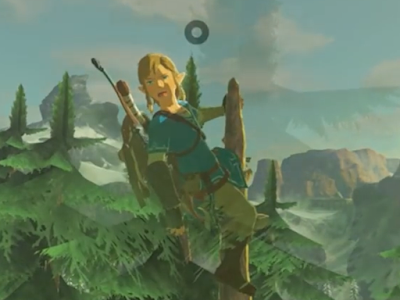 Link performs a large number of breath-inducing activities in Breath of the Wild, all of them so insultingly perfunctory they didn't make this list. Breaths after eating are understated and unimpressive, breaths from heatstroke have you hang your stupid mouth open in one position, and breaths after diving haven't improved since Ocarina of Time in 1998. Don't get me started on breaths from damage, which often don't even have the decency to time their mouth flaps correctly. Of all these animations the least likely to induce aneurysms is the low stamina breathing, which conveys something approximating a humanoid figure gasping for oxygen. It's the bottom of the list though, because I'm not the kind of drool-stained degenerate who can't even tell the difference between clavicular and diaphragmatic breathing. If you're one such moron I encourage you to either get the hell off my blog or read a fucking book.
Read more »
Posted by Genericide at 7:43 AM 1 comment:

Ranking Every Mode in Smash, Part 3

In life, there are three types of people: Winners, losers, and all the other people that don’t fit into those two arbitrary categories. But forget about them, because we’re here to talk about the first group. The best of the battlefield. The finest on final destination. The cream of the character select screen. These are the top five modes across all of Super Smash Brothers.

Normally this is the part where I’d warn that this list is entirely subjective, and that it’s perfectly normal for your opinions to differ from mine. I’d probably even make some joke about you not believing me, rambunctious rapscallion that I am. Sadly, I cannot do that this time. I’ve just received a formal letter from Bill Videogames, president of video games, who has put into law that this list 100% objective. If you don’t like the modes I do, best learn to soon. The International Game Opinion Police forbids the use of lethal force, but not if the officer looks the other way and says “Oops, butterfingers!” to the accompaniment of a laugh track while they pull the trigger. It’s a strange system, but damnit it works.
Read more »
Posted by Genericide at 9:17 PM No comments:

Ranking Every Mode in Smash, Part 2

Last time I purchased beam sword insurance, offered equal opportunity to quadriplegic sloths and took a tour of the toilet. This time, we move from the best of the worst to the most maximally medium of modes. Check the first article if you want to see why I'm snubbing Sound Test and other exclusions from the list. Also remember that this is all subjective. So if you find something you personally disagree with, that's fine but there's no reason to come to my house and – you've already skipped to the number rankings haven't you?

Have you ever wanted to beat up your friends so badly that their lifeless corpse is ejected across the length of several football stadiums? Well then you should probably seek help, you goddamn psychopath. But fortunately Smash has just the thing to sate your insane, animalistic bloodlust until you start making progress in therapy. In Home-run Contest, you’re given a platform, the far-flinging Baseball Bat item, and 10 seconds with a punching bag. Even better, the punching bag is a living creature, so you can enjoy committing war crimes against something that feels pain! 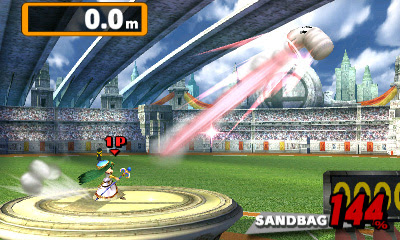 “WHY DID THEY MAKE ME SENTIENT?!”
Read more »
Posted by Genericide at 11:08 PM No comments:

Ranking Every Mode In Smash, Part 1

In the first draft of this article, I opened with an explanation of what Super Smash Brothers was. But let’s not kid ourselves here, you already know. And if by some unfathomable miracle you got here without that knowledge, you have an internet right in front of you. I know you can search it faster than I can describe things. You can do it son, I believe in you. The Google was inside you all along.

What does require some explanation is what I define as a mode. There are a lot of menu options in Smash Bros that aren't going to be on this list. Some quick criteria are as follows:
Read more »
Posted by Genericide at 10:19 PM No comments:

Do you wish there was more innovation in the video game industry? Are you sick of companies spitting out the same thing year after year, without consideration for craft or quality? Do you want to see a bold new face, leading the charge in providing you top-notch gaming experiences? Well then we know just what you're looking for, and it's called Generigame Studios.

Founded all the way back in late 2017, Generigame Studios has a long and storied history of creating high profile, innovative new IPs. Our epic back catalog of gaming excellence includes The Square Who Killed Another Square, an indie game made by one guy in a few weeks of spare time, and nothing else. With such a tour de force of quality games and services, it only made sense to expand into a new company set to take the gaming world by storm. But we're not just here to spread the word about Generigame Studios. We're here to share info on DLC for one of our most popular titles! That's right, The Square Who Killed Another Square is getting brand-new content, details of which can be found below!

Some games allow you to truly immerse yourself in a strange new world. You feel like you're really there, in a realm of fantasy and adventure, ready to brave treacherous trials and deadly dungeons in an epic journey spanning countless hours. At times like these, as a small determined hero in a vast land of magic and uncertainty, what more could a gamer ask for? We think we know. And the answer is MAD SWAG!!!
Read more »
Posted by Genericide at 11:22 AM No comments: 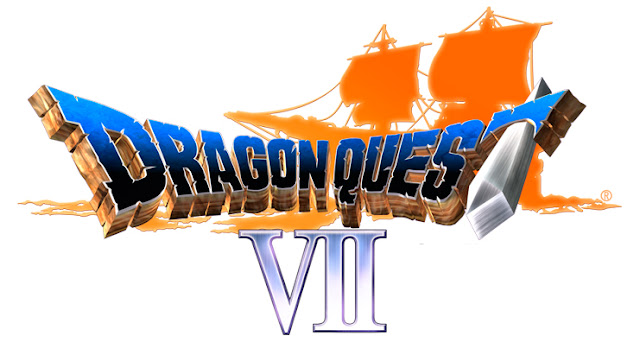 In Dragon Quest 7, most of the story comes from the sub-plots on each island. This means that some NPCs on these islands have as much development as the main characters. It also means that the game can tackle a bunch of different stories with varied themes and presentation. The main problem with these is the same as other aspects of the game: Quantity over quality. Trying to fit over 20(!) stories into one game means none of the characters you meet get enough time to make an impact, even if This Game is 100 Hours Long.

As much as I disliked the wait for classes and completely eviscerated the Rashers and Stripes fight, that segment was one of the game's best points, writing-wise. It’s an interesting set-up with some twists along the way and a satisfying conclusion. Though the focus is as always on NPCs, we get some with visible personalities and drama that comes from how their characters interact. Apart from the dull dungeons and awful boss fight, I was fairly engaged.

But even this high point in the narrative still serves the argument I’m making. One of the reasons it’s a better part of the story is because it lasts longer, giving the characters time to grow. And then once this quest is over? Those interesting side characters limply trail off into oblivion, never to be heard from again. You never go back. Never hear what became of them afterwards. They’re from the past, so they don’t even get a late-game cameo. For all intents and purposes, they had zero effect on the world, the plot, or the main characters. 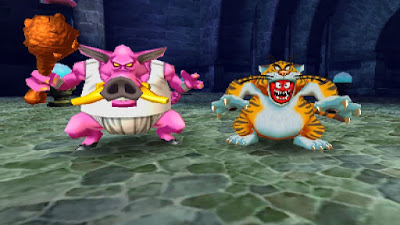 They had an ENRAGING effect, but only out-of-character.
Read more »
Posted by Genericide at 11:07 PM No comments: