Valve to Release VTuber AI That Plays Your Steam Backlog

A press release from Valve Software earlier today states that they plan to release a VTuber AI that plays your Steam backlog for you. VTubers, or virtual YouTubers, are live-streamers and video content creators who use a virtual avatar, which is rigged in some way to match a person's movements. They have recently experienced a popularity boom, with over a dozen VTubers passing one million subscribers in the past year alone. This did not go unnoticed by Valve, curators of the popular PC game store Steam and publishers of classic games like Ricochet and Garry's Mod.

"After the release and critical success of Half-Life: Alyx, we collectively remembered we can finish and ship products" stated Valve game designer Robin Walker. "However, most of our developer's work time last year was spent watching anime girls swear in broken English. We simultaneously noticed a problem where 91% of users' Steam libraries were games they had purchased in a holiday sale bundle years ago, which they 'swore they'd get to as soon as they wrapped up a few more Netflix shows and their friends got bored of Among Us for the third time'. The AI was a perfect fit."

"We originally questioned the wording of the AI launch button, but we figured honesty was the best policy."

But programming the perfect artificial intelligence for playing and commentating over games was no easy task. We reached out to Valve for more info on their development process.

From the moment it was proposed, the team at Valve had full faith in the project. Even prior to development getting underway, they received an astonishingly positive response from prospective play-testers.

"I mean, who has time to play games in 2021 anyway?" commented one anonymous beta tester. "I'm way too busy half-working my job that I hate, half-improving my hobbies no one cares about, and half-neglecting all my social contacts. That's a LOT of time for background noise, and why put on another Lo-Fi Hip Hop compilation when I could complete six indie platformers in the same time?"

In spite of the large potential audience, one of the earliest problems Valve faced was monetization. "Initial projections for the product estimated day one revenue around the yearly salary of every animator in Japan" stated a Valve rep in an email. "The plug was almost pulled at these extremely low numbers, but then we got the idea to integrate donations."

Donations, also known as bit drops or 'SupaChatto Taimu', are a way for users to directly contribute money to the streamer of their choice, with no compensation beyond potentially having their message read aloud. Valve initially dismissed this monetization model for their AIs, as they were not real people able to spend the money themselves. But they re-evaluated the idea after a small room of testers took only 10 minutes to earn them three GNYs (a standard monetary unit at Valve, Gabe Newell Yachts). 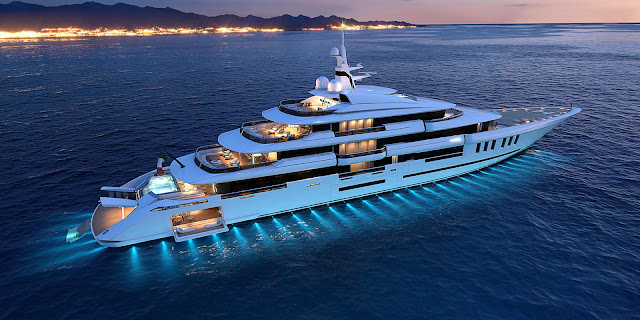 It doesn't seem like much, until you realize he loads them with an additional gold bar per request for Half-Life 3. None of them are light enough to float.

"It doesn't matter if they're digital, you just feel obligated" stated one tester. "I pay someone $50, and they allow me another month to project my desperate, only sometimes sexual need for social contact. The Law of Equivalent Exchange." For some, the fact that these AI VTubers didn't exist outside streams was actually a benefit. "Sure they can't spend the money," explained another tester, "but at least I know I'm not donating to someone who I'll see in a TwitLonger apology next week."

Another problem the development team faced was making an AI that could speak like a real streamer. "The only AI I've written before was a murderous psychopath", said former Half-Life and Portal writer Erik Wolpaw. "We initially thought that would be a bad fit for a cute anime girl, but it turns out most of you are into that shit. The only real difference", he continued, "was the number of boob jokes people wanted. Honestly, it's boob jokes all the way down."

A more surprising twist on writing the AI came from a bug in the software. Testers were accidentally exposed to a foreign language speaking version, but in some cases donations actually increased. When asked why they would donate more money to a fictitious person they couldn't understand, tester responses usually settled on some variant of "I could just tell they've got spirit, y'know?" Valve is currently looking to develop AI stream clippers to semi-accurately translate their foreign language AIs.

Wanting to gauge public opinion of VTubers and if Valve's newest venture had merit, we took to the streets. Our bosses then urged us off the streets as we hadn't been vaccinated, so we took to the internet instead. The question remained: What made these virtual YouTubers so appealing?

Our first response was from 36-year old Web Developer James Goldman. "They're just such a nice contrast from the greedy 3D streamers" he said. "I tried watching a 'real' girl online the other day and it was disgusting how they'd openly ask people to subscribe. My waifu would never, hang on…" James paused to donate $500 to the girl in question for sneezing. "My waifu would never shamelessly advertise like that! And the real girls all wear super provocative stuff like tank tops, its blatant manipulation." James had to leave our Zoom call at this point, as the official Hololive twitter had just announced his favorite girl's boob mouse pad had been released. 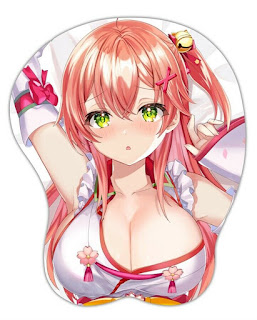 "There are a lot of legitimate advantages to the format" stated 24-year old Bartender Lucy Schmidt. "Having upfront costs and established groups who narrow the selection means there's a base level of quality viewers can expect. The streamer gets an audience that would normally take years to build, help with collaborations and media connections, and even built-in gimmicks to fall back on when they're still starting out. Throw in the avatar's protection against stalking and harassment, and it turns out there are lots of genuinely talented people who just couldn't get into streaming otherwise." We agreed with Lucy that these were all great points, but noted our original question was why she was trying to purchase their bath water. At time of writing no reply was given.

With a clearer view on the VTuber appeal, we started asking gamers if they were interested in Valve's AI specifically. The response was mostly positive. "I think it's great that they already have inclusivity options for both kinds of VTubers," said 29-year old Data Analyst Courtney Esteban, "big-boobed AND flat-chested! And I hear they've got to plans to add VTuber animals, VTuber aliens, non-Euclidean VTubers and even VTuber boys! That last one is really out there, but I'm all for it!"

Though most share Courtney's view, Valve's announcement isn't without detractors. "Sure, you can have it play any game you want", states 43-year old Body Pillow Reviewer Dan Jenkins, "but that takes away half the charm! Where's the authenticity of recommending games in the comment section they don't read, until they cave to Twitter harassment? How am I supposed to backseat their skills until it ruins the experience I demanded from them? Who am I going to dox after they drop the playthrough? I admire the effort, but the technology just isn't there yet." 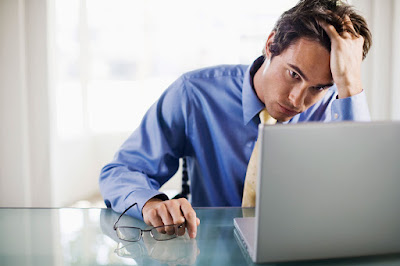 "Next patch promises to simulate content burnout, but can a robot give me the same smug thrill when I tell them to suck it up or get a real job?"

We asked our Valve representative if there had been any unexpected challenges since their press release went public. "We did get a nasty surprise from the open beta this morning," they stated, "where we had to disable the program's compatibility with Gacha games after 5 minutes. As enticing as the combination was, our projections show it would've led to global economic collapse by next Tuesday. It's a shame too," they continued, "because our soulless AI was really good at pretending to enjoy Raid: Shadow Legends."

As a final question for our interview, we asked the Valve representative if they were concerned that as quarantine lifts, there wouldn't be enough lonely shut-ins left to support their product. The representative agreed this was a great joke to end on.

Posted by Genericide at 7:45 AM