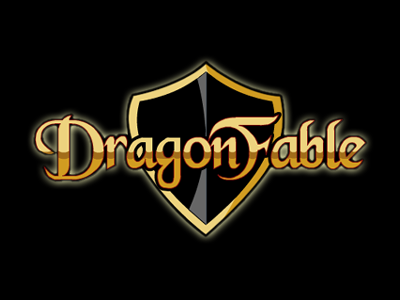 Tradition is a funny thing. You have some event at a specific time a year. You throw a party, watch a movie, or write a blog post (to select a purely random example, of course). The event just...happens. There’s nothing special about it, nothing sacred about its passing. It’s just a single data point in the ceaseless cascade of moments that make up your life. But then, for whatever reason, that changes. Maybe you really enjoyed the first time. Maybe you’re just looking for something to do and find a convenient excuse in repetition. Maybe you somehow did the exact same thing, unplanned, precisely 365 days later. Probably not that last one. But all of a sudden, you have not one, but two data points. And two data points aren’t points any more. They’re a sequence, a pattern, a line. A tradition.

But I’m not going to complain about the shackles of tradition while reaping the benefits. I had nothing to talk about this week. I haven’t played many games at all lately, let alone new ones. I’ve already had three Oblivion Adventures posts in a row. The quickest well to draw from for inspiration is the handy-dandy bucket of childhood rage. So we’re going to celebrate the holidays and their spirit of kindness by making fun of an online game from about a decade ago. Gather round boys and girls, we’re going to talk about DragonFable.

Read more »
Posted by Genericide at 12:49 AM No comments:

On the last episode of Oblivion Adventures, our more-or-less hero Shush’Ogar was having vivid dreams. Someone else’s, to be precise. After vanquishing a host of nightmares and receiving some nightmarish compensation for his trouble, Shush set out yet again. We rejoin him as he travels through...hm. Where was he again?

Shush were only one town away from visiting all de mage-y guilds in de whole Cyrodil an gettin into de fancy mage-y college. So Shush went down de road to de last town, along de river near de ocean. But den Shush got distracted by one of de bandits along de way an went further into de woods den normal. Den Shush saw some pretty flowers a bit more into de woods. Den Shush saw some more bandits to smash an...well, now Shush were having no idea where he was. Dere were definitely trees an stuff. Shush scratched his head, an had a great idea. Shush were makin a map before, so dat he could figure out where de stuff was in de places. Shush pulled de map outta his pack. 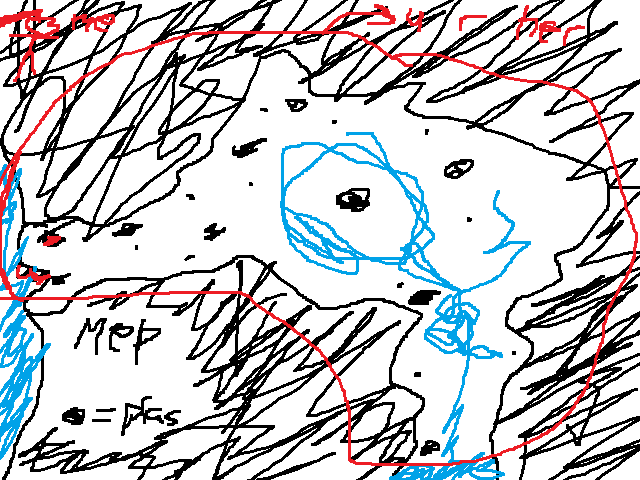 “Oooooh, now it are startin to make sense.”
Read more »
Posted by Genericide at 7:49 PM No comments:

[Normally I alternate different posts with Oblivion ones, but all my other ideas were half-baked by the time Wednesday rolled around, and I’ll be damned if I post a late update twice in a row. Side note: please forget about the update rate in the first three years of this blog.]

“Thank you so much for retrieving Ardaline’s staff! You’ve performed well and will have your recommendation.”

“You needn’t tell me the details of what was involved in getting it. It’s perhaps better that I know nothing about it.”

Don’t worry folks, we’re really not missing much. One of the dullest of all mage’s guild quests, this one basically boils down to using a bunch of free charm scrolls to bypass persuade checks. I suppose it did culminate with me stealing a staff back from someone, but I didn’t even have to do that. I just wanted to make use of all those sneak points for once.

“Excuse me...Shush, was it? I was wondering if you could help me with something else.”

“Hey, dat’s no fair. You said Shush just had ta get de staff back an you’d give him de ricky-mandate-hun.”

“Oh don’t worry, you’ve already earned your recommendation. But if you’re interested in some further rewards, I have another job I need help with.”

“Rewards IS a gud ting” said Shush. Shush nodded. “Wot does you want Shush ta do?”

“It’s about my friend Henantier, I need help locating him. Would you please follow me to his house?”

So den Shush an de lizard lady walked out of de mage-y guild at Bra-ville an walked across de street to her friend’s house. 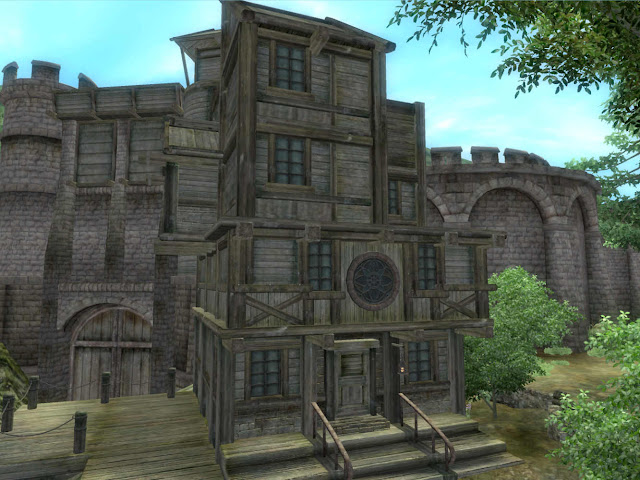 I quite like Bravil’s aesthetic of multi-level ramshackle huts. It adds some variety to the mostly generic medieval architecture. All the same, building the mage’s guild out of flimsy wood seems...unwise.
Read more »
Posted by Genericide at 6:27 PM No comments:

In what used to be common practice but is now actually worth noting, this update is a bit late. Apologies to all my regular weekly readers, so basically just this one guy I know named Matt. A combination of sickness, holidays and personal procrastination moved back the post. I didn’t want to skip an entire week, so I’m trying to return to Wednesday updates. Hopefully this holds until at least the next holiday. Enjoy!

Read more »
Posted by Genericide at 7:20 PM No comments: