Last time on our adventures in Tamriel, Shush’Ogar learned the subtleties of armor repair; took a treasure hunting job from a man whose hair could house several families of bird; and delivered a sacred artifact to someone in exchange for an important mission he didn’t really listen to. He then took a boat to the coast to continue his quest. This is arguably cheating because moving boats don’t actually exist in this game, but so what it’s a metaphor for fast travel shut up. Having successfully snuck that one by you, I’m going to get back to Shush before you take issue with it.

It took about a day for Shush to get to de coast city. When de boat got close to de town, Shush saw dere was a guard waiting for dem. When de boat wot Shush took hit land Shush got up, scratched his arm and walked up to de guard guy.

“Greetings citizen, welcome to Anvil. Can I offer you any directions?” 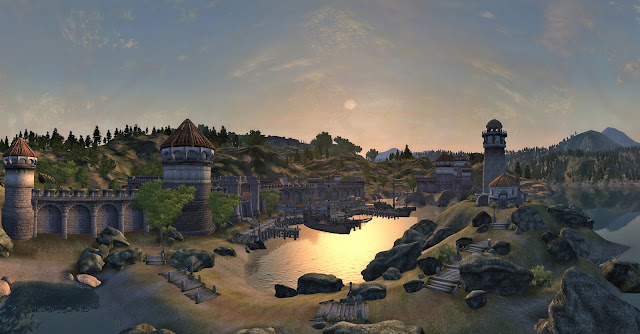 The city of Anvil, where Shush was definitely probably supposed to go.
Read more »
Posted by Genericide at 5:13 PM No comments:

Shush stepped outta de shop feelin pretty gud about all de sellin stuff he did. Shush were gettin lotsa shiny gold pieces for all de glowy stones he found. Shush wasn’t sure what to do wit all de gold doe. Den Shush had an idea. Cause see Shush’s clanky clothes got all banged up from all de skeletons an stuff, an it was real uncomfortable. So Shush found a buildin wit a picture of clanky clothes on it, an he went inside. 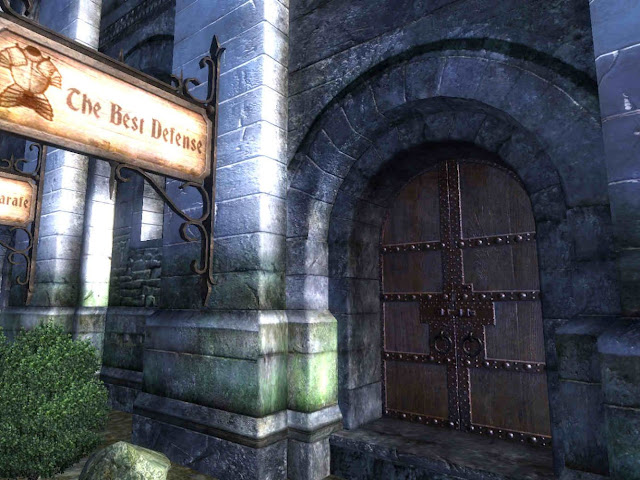 The shop in question, notable for looking exactly like every other shop in the imperial city.
Read more »
Posted by Genericide at 4:38 PM No comments:

Last time we left our supposedly sneaky orc Shush’Ogar, he had stumbled out of jail, collected skulls, stumbled out of goblin caves, witnessed the assassination of an emperor, and stumbled out of a sewer. The moment when you walk out from the tutorial into the light of a wide-open world to explore is always great in Bethesda games. An interesting thing to note about Oblivion is that though you can go anywhere and do as you like at this point, the game starts you off pointed straight at a dungeon. Specifically, an ancient ruin named Vilverin. 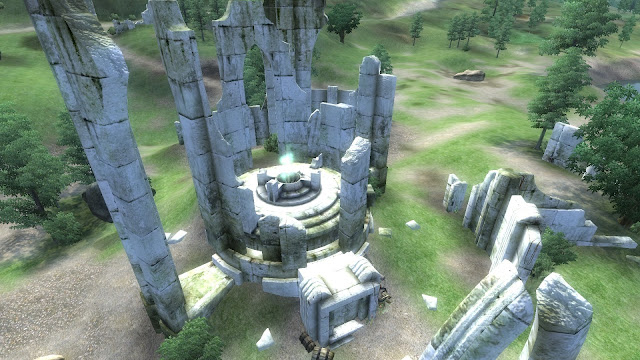 There’s a sleeping bandit right out of view behind the wall. I know this dungeon uncomfortably well.

This dungeon was one of the first things I experienced playing an Elder Scrolls game, and I wager the same was true for many others. It’s a good introductory dungeon too, as it has a fair bit of variety and can make you an obscene amount of money for a level one character. As such, it’s been an unofficial tradition of mine to plunder the place as my first independent act with new characters. Now dungeons can be kind of same-y and lacking in unique commentary, so we’ll skip or summarize some in this play-through. But for at least this first one, I’ll make an exception.
Read more »
Posted by Genericide at 12:31 PM No comments:

NOTE: This post is a game design interlude not directly connected to my written Let’s Play of Oblivion. If you don’t care about this sort of thing, you can skip it. But if you like painfully detailed discussions of in-game mechanics, gosh golly gee are you in for a treat.

So before we continue the adventures of Shush’Ogar, there’s something I need to address. In the first episode of this series, as well as future episodes, I’m trying to mix in discussions of game design along with humorous play-by-plays. This is all well and good for most things, as Oblivion has a lot of weird and amusing quirks to it. However, there is one subject in Oblivion that is too massive an issue. There’s one giant, messy problem with the game that I want to dedicate an entire post to properly discuss. This one thing, this near fatal flaw is my biggest issue with Oblivion. It bolsters many of the lesser problems in the game and is the number one reason I can't consider Oblivion the best Elder Scrolls game. So what could this flaw possibly be?

Today, we’re going to talk about leveling up in Oblivion.
Read more »
Posted by Genericide at 2:34 PM No comments: