In some austere study, in an ancient armchair silhouetted by the moonlight, there sits a man. Or rather, what was once a man.  The ghastly figure that now lingered in this place had clearly left its humanity behind long ago. The figure had a horrible, scarred and stretched visage, complimented by inhumanly pale blue skin, which wavered and flickered in the light with a slight translucence. He – for it had indeed been a he, ages past – was clothed in warped and disfigured rags whose original design was all but lost due not just to their state of disrepair but also due to the chains. The man was covered in giant, rust-ridden chains that crossed this way and that all around his body in incalculable numbers. They rattled constantly, their grim, hellish tones a constant and unceasing reminder of the twisted afterlife this simultaneously terrifying and pitiable creature had unwillingly bought for himself.

He was currently struggling with the phone.

“Yes, you heard me correctly” he intoned in an echoing bass. “Yes, it still hasn’t arrived...a large pepperoni...no...it should be under Ghost...yes, full name Herbert C. Ghost...yes...yes, stands for Christmas...yes I’m serious...okay...okay. But I’ll call back again if it isn’t soon...yes, goodbye.”
Read more »
Posted by Genericide at 1:40 PM No comments:

So as has sometimes happened in the past, I was suffering writer's block for a paper I didn't want to write, and in an attempt to alleviate this wrote a fake paper instead. It didn't do much to help my productivity, but it was pretty fun to write. It can be found below, unedited.

Email ThisBlogThis!Share to TwitterShare to FacebookShare to Pinterest
Labels: Silliness

Aha! Bet you thought you wouldn’t see this series again? Probably thought it would go the way of that Christmas “series” I was going to do, or that series of rambles I’ve put on indefinite hold, or Professor Horus’ Puzzling Adventues. Well it’s NOT, so there! As for those other series...uh...

So in the last installment of this technically-a-series-now, I introduced you to Neopets. Apart from embarrassing breakdowns in the face of inert sacks, there wasn’t really much interesting about it. That would be because the one feature I left out before was the games! There are many little flash games on that particular website, and previously I planned to give this whole shpiel on some of the good ones and the bad ones and a much more detailed description. I...don’t really feel like doing that now, and in fact I don’t even feel like logging back into the website. The last time I visited that website, it broke my spirit completely and utterly.

I also MAY have forgotten my login info.
Read more »
Posted by Genericide at 1:16 AM No comments:

So I'm taking another creative writing course this semester at college. Within this course I recently completed a nice little self contained short story in an exercise. It's fairly brief (the page limitations were strict), and I'm not coming back to revise it, but I thought some people might enjoy it. So the rest of this post in its entirety will be the aforementioned story completely unedited. Enjoy.
Read more »
Posted by Genericide at 12:51 AM No comments: 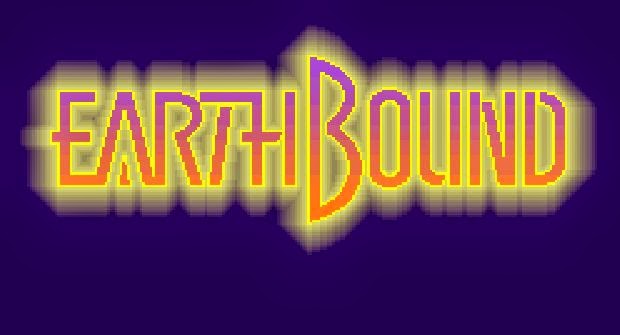 Have you ever played a game that frustrated you to no end? A game where there are dozens of enemies but they’re mostly identical? A game where irritating status ailments are plentiful and what little enjoyment you get out of the combat is sucked dry by the persistent hassle? A game where you enjoy yourself more using a walkthrough because every single step is littered with obtuse bullshit triggers, so that you can only proceed when you think of things in the way the game designers did, as opposed to rationally in-universe? A game where, when you get down to it, everything is a broken mess that’s “old-school” in all the wrong ways? There’s a game like that...and it’s called Earthbound.


Have you ever played a game that defied your expectations? A game where, for better or worse, you can never really predict what’s going to happen next? A game where it’s in some strange middle-ground between absurdist parody and innocent, heartfelt story-telling? A game where there are strange but oddly compelling visuals and sounds, where you want to keep playing just to see where it’ll take you next? A game that can make you laugh, creep you out, and above all has an unusual earnestness to it that embodies the phrase ‘weird but wonderful’? There’s a game like that....and it’s called Earthbound.

Read more »
Posted by Genericide at 11:13 PM No comments:

So it has been a long time since an update as usual but I don’t want to dwell on that because there are only so many self-deprecating jokes I can make in that vein* and you’ll have so many better reasons to make fun of me by the end of this article. I oft wonder what I want to write when posting to this blog. A large part of the sporadic update rate is due to my writing subjects being “whatever I want (so usually video games)”; as this means I only update around “whenever inspiration strikes me, I feel like putting in the work, and I have absolutely nothing else I need to do”. It just so how happens that in the brief lull before the end of my most recent college semester, all three of these requirements have been fulfilled in the form of an idea that is stupid and silly. Fortunately for you viewers, concepts being stupid or silly have absolutely no bearing at all on whether I write about them! Hell, some would say they’re a sign of encouragement. So today I’m gonna’ talk to you about...Neopets.
*Note: This is a lie, I can make self-deprecating jokes on my update rate until hell freezes over. Or better yet, until I actually update again.
Read more »
Posted by Genericide at 1:46 AM 1 comment:

Well it’s certainly been a while, hasn’t it? Don’t worry, I’m sure I’ll fabricate I mean uh, fabricate something completely unrelated to an explanation of my absence in the usual format, explaining why my extremely overdue attempts at a holiday special were waylaid. But that’s not important right now. What’s important right now is that I tell you of exciting new ground that Genericide Inc. Enterprises LLC Ventures is going to cover! You see, we (me) here at the headquarters (dorm room) were checking the latest statistical information on the blog from down at the lab (I don’t have one of those), and we (still me) discovered a fascinating fact.

Read more »
Posted by Genericide at 1:01 AM No comments: