As a general rule, I don’t like my writing to become too negative. I want to keep things positive and constructive enough that it eases the reading experience. I don’t want to sound like a petulant, whiny child. But it’s easier to talk about why something doesn’t work than why it’s good, and easier to make that fun to read. So you may experience some trepidation and brace yourself for the coming storm when I say...

Final Fantasy 4 is a good game.

But it is a good game. Final Fantasy 4 is a widely regarded classic. It had solid mechanics and a much more involved narrative than most games of its 1991 release. It influenced the rest of the series and an entire genre for years to come. I respect its legacy and even had fun replaying it. And yet we all know what’s coming, don’t we? You’ve all read the title of the article. I enjoyed Final Fantasy 4.

A bright sun shone through a deep blue sky on an idyllic, Cyrodilic stretch of country road. Shafts of light trickled through the trees onto vivid seas of multi-colored flowers, casting a dreamy glow on the scene as insects chirped and butterflies fluttered past. Birds were softly singing, grass was swaying in the breeze, and mudcrabs were keeping to themselves far away from the worthwhile species of the world. All in all, it was a peaceful scene on a perfect day.

And then the flowers gave a muted “splat” as they were pelted with what looked like the fragmented remains of an eyeball.

“Have you ever considered using a less...messy weapon?” asked Martin as he gingerly stepped around the pooling blood of the seventh wolf corpse today.
Read more »
Posted by Genericide at 12:00 AM No comments:

Dragonball Xenoverse: Why Do I Enjoy This? 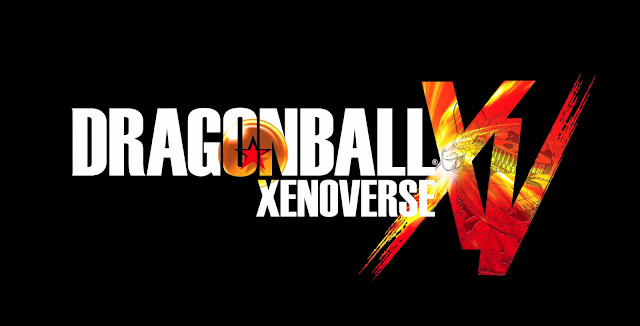 Video games, like any artistic medium, are highly subjective in quality.  Reviews try to objectify their critique as much as possible, neatly placing positive and negative features on both sides of a scale and extracting the numeric solution. But games are more than the sum of their parts, because every person weights these pros and cons separately. If you really hate something a game does, you may dislike it even if it’s widely adored. If a game feature scratches an itch like no other, you may engage subconscious blinders that keep you from seeing the roiling sea of feces surrounding your island of enjoyment. This phenomenon inspired me to start what may become a reoccurring feature on this site. Or not! Consummate professional that I am, I haven’t planned that far ahead. Regardless, it’s called Why Do I Enjoy This, or Why DIET if ur dwn w abbrevs.

Simply put, I’m going to examine mediocre games and determine specific things they do really well and/or really poorly. This gauntlet of guilty gaming pleasures begins with Dragonball Xenoverse. Dragonball Xenoverse, released back in February this year, is an aggressively average game. Yet it sold a huge number of copies (over 2.5 million) and was met with a generally positive response. I heard of the game. I knew how mediocre it was, and yet I bought it on a Steam sale. I proceeded to play it for over a couple dozen hours. A completely valid question to ask at this point is: Why? Am I just an easy-to-please simpleton? 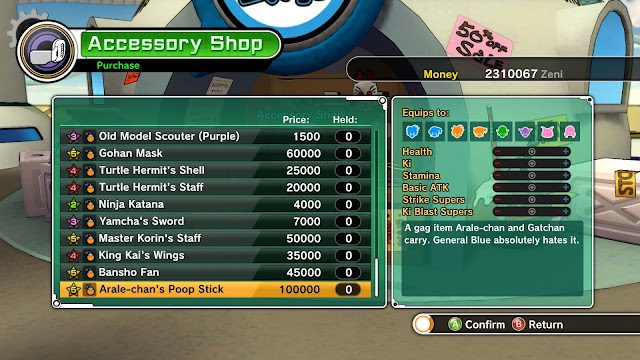 Well I found this image hilarious, so that gives away the answer.

Yes, but we’ll have to go into a little more detail.
Read more »
Posted by Genericide at 11:16 PM No comments: