Last time we contested the logic of a cat hair moustache, discussed the perils of fearsome Clown Dragons, and explained why you can’t stop hitting yourself. This time we’re jumping right into the fray by discussing who’s in the fray. Let’s talk about how Final Fantasy 2 handles enemy design.

There’s a simple question to ask any time you’re evaluating the usefulness of a new enemy, attack, or feature in general: Does this change player behavior? Ultimately, this is the entire point of adding new content beyond aesthetic appeal. Different foes provide different challenges, which you strategize and respond to appropriately. To speak bluntly, most old RPGs were bad at this, and Final Fantasy 2 is a prime example.

There are a large number of different enemies in FF2, technically speaking. But a significant number are only separated by stats, their vast web of techniques summed up in a word: Attack. They hit you and you hit them, then one of you falls over. Sometimes even bosses do nothing but attack, and not just the “bosses” that are literally groups of enemies with different theme music. Stat differences are usually too slight to noticeably separate monsters*. The vast majority all blend together as things to hold the A button against. To the game’s credit, it does have several enemies that utilize different tactics than just attacking. The problem is most of these are terrible.

*I wonder if this is due to how varied the encounter tables are. The number of foes you fight can range from two to eight in just about any configuration. Perhaps monsters are mostly the same power level because that way they can be mixed and matched in differing quantities without worry. I prefer the approach of later games: lower encounter rates and fewer foes per fight but higher HP and longer battles to compensate. At least then you’re likely to see everything an enemy has to offer before giving it the ax. 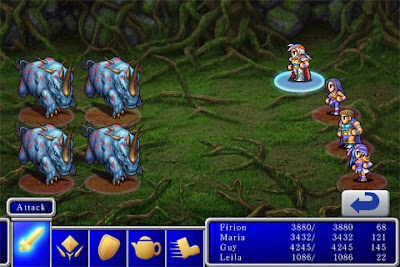 "Big Horn A, I've just come up with another magnificent strategy!"
"Fantastic Big Horn B! We can always count on your keen intellectual mind!"
"So first: You attack them. And then, and this is a work in progress, try to keep up: I attack them."
"Brilliant! Big Horn B, you've done it again!"
"What do I do?"
"Sorry Big Horn C, I haven't gotten that far ahead."
Read more »
Posted by Genericide at 9:39 PM No comments:

Two of my favorite franchises in video games are The Legend of Zelda and Final Fantasy. The two have several things in common. They’re both extremely popular and long-running series. They both tend to shun traditional sequels, kicking off each title with a different setting and story. They also both have a second entry that tried something drastically different and ended up as the black sheep. I played both black sheep years ago, gave up in frustration, and eventually revisited each of them for reviews.

But upon further examination, their similarities dry up. The Legend of Zelda may hit the reset button almost every entry, but there’s a lot that stays the same. Up until its most recent title, the biggest criticism anyone could level was that it was formulaic. It dealt in presenting new lands, challenges, and incremental tweaks. Iteration rather than innovation. But Final Fantasy?

The most you can say is it stays roughly within the same genre. 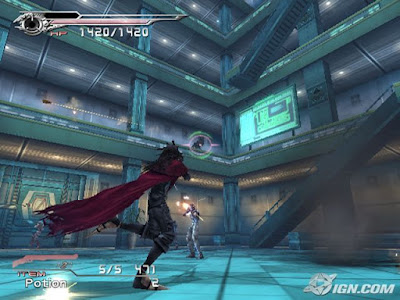 And then there's the spinoffs, which are often ARE different genres. For better or worse.
Read more »
Posted by Genericide at 10:00 PM No comments: