Greetings, strange future people of 2018! I'm sure you're busy sipping VR cocktails from your chrome battle cruisers as you escape the Lizardman uprising. But those with a moment to spare between hyperspace jumps may be wondering why I went half the year without content then stopped in the middle of a series. Fear not, my purely hypothetical legion of readers! I have a very good reason why the rest of the Dragon Quest 7 series hasn't been posted:

I didn't finish writing it! 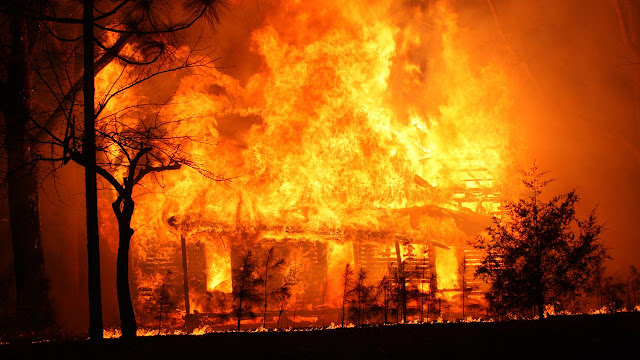 Yeah okay, this was about the reaction I expected.

Now if you'll give me a moment to clean up the soot off my monitor, there was another reason the series hasn't been posted. Probably should've led with that.

I made a free video game!

Dedicated and observant readers* will note that I was working on an RPG at the beginning of this year. This…is not that RPG. Instead, it's something I started a few months back when I was lured by the siren call of a game jam. It's a short comedy RPG with all-original art and music named The Square Who Killed Another Square. 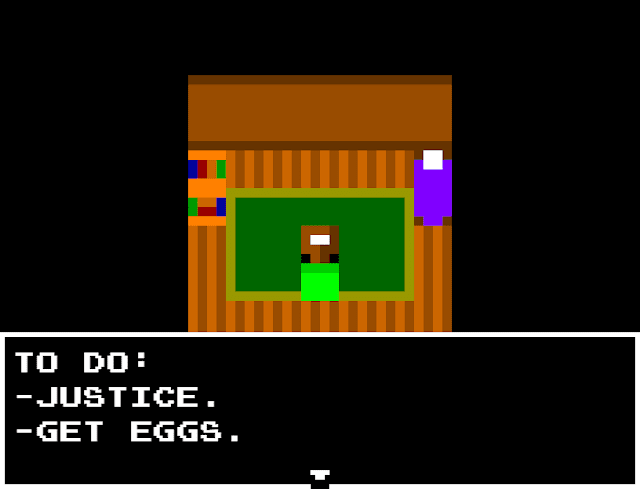 Fear not, you are not viewing a portal to another world. It's just THAT realistic.

Have you ever been enchanted by my enchanting prose, enchanting word choice, and really good writing which is good and not bad and very enchanting? Of course you have! Have you ever wanted me to just make my point and shut the hell up? You didn't even have to lie for that one! Well The Square Who Killed Another Square combines all the wit and charm of Critically Invisible Writer Eric Todd* with none of the calories! Set sail on a sea of sentence fragments so endearingly awkward you'd have a rollicking good time even if the writing were terrible. Not that it is! It isn't. I write good. Enchantingly so.

*That would be me. 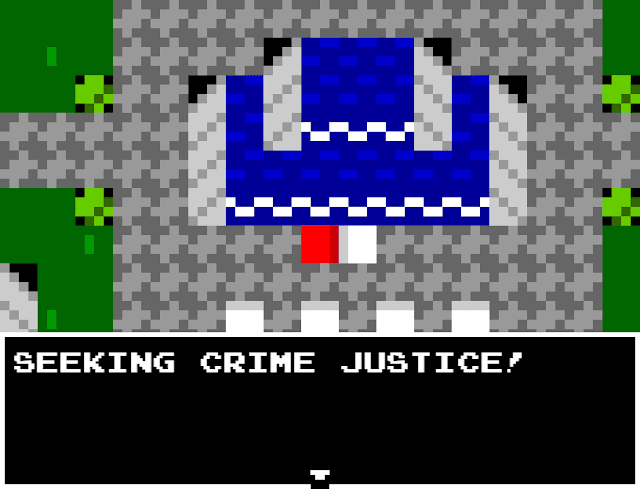 Our team of top-tier animators prided themselves on never reusing models. The twins in the bottom right may look similar, but observe the cunning use of different flowers in their lapels. 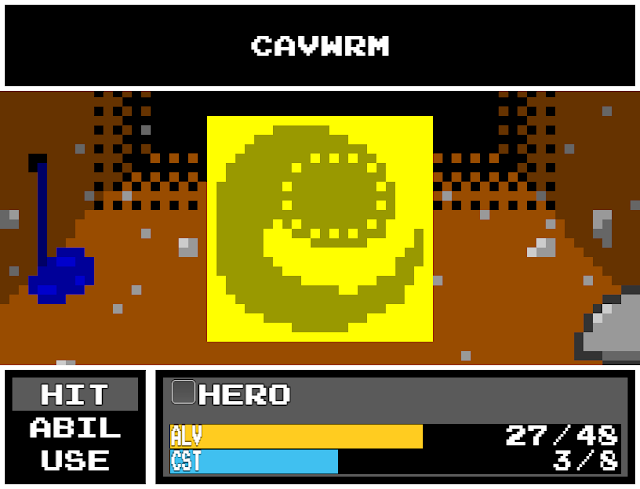 We originally aimed to base each monster on real life mythical beasts, but they were so lifelike that they kept emerging from the screen and eating the artists.

This and so much more awaits you in The Square Who Killed Another Square. Not sold on the game? Of course you aren't, because I don't have to sell you anything. It is and always will be 100% FREE! If nothing else, it'll give a few hours of entertainment to distract you from the cybernetic mercenaries holding your family hostage in exchange for safe passage through Lizardman-owned solar systems.

I've added a link to it on the sidebar, but if you're they type of person who refuses to follow a link unless it's embedded in text…that's weird. You're weird. It's not like there's anything safer about putting in words. Are you aware how irrational this fear is? Have you talked to anyone about it? I'm aware that psychiatry is expensive, but modern society seems to be coming around to the idea that it's perfectly normal. And I mean if that's outside your means, or you're not ready to take that step, you know you can always talk to me if…what's that? Oh right. The link.

Here's the game. Happy holidays!
Posted by Genericide at 6:51 PM