So our hero Sphinx was last seen hiring a ship in Abydos bound for Heliopolis. While he presumably has a fascinating trip on the empty ocean with only one other boring NPCs company, however, our point of view shifts. What we see next is a scene taking place inside Castle Uruk. In case you’d forgotten, that’s the one with the giant laser sticking out the top. 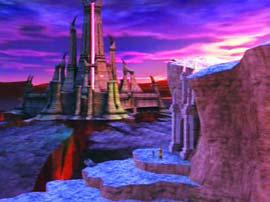 Can’t miss it, first building on the right, just past the land of eternal darkness

The scene begins with Bro, Captain CNE and the still-dead mummy being teleported inside. Why is it that their magical artifact malfunctioning and absorbing them caused it to teleport them back to the exact position of their evil base unharmed? I’m guessing the designers of this game hoped you wouldn’t put too much thought into that. Captain CNE speaks up and curses the fact that they can no longer use the Prince’s life energy to take his shape, due to the ceremony being interrupted.

No doubt picking up the cue that it’s vague plot exposition o’ clock, Bro suddenly starts glimmering and changes shape. We learn that Bro is not really Bro at all, but some sinister (and extremely gaudily dressed) figure disguised as Bro via magic. Seems Sinister McGaudy here knows that Sphinx is a student of Monkey Magician Man. He mentions it’s useful that Triple M didn’t realize he was there during the ceremony, because if the do-gooders stay distracted long enough their Giant Ancient Egyptian Laser Beam will reach full power and nothing will stop them. Clichéd evil laughter ensues and the two walk off screen as we fade to black. 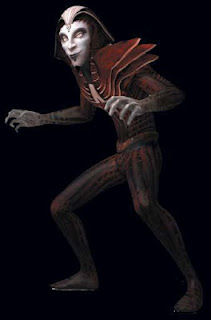 I can’t even pretend they’re not evil anymore, because this guy is possibly the only person who looks even more obviously evil than Captain CNE. The skintight bodysuit is creepy for entirely different reasons than looking evil.

So the plot thickens. And resolves around lasers. I like that. The scene now fades back to Sphinx as his boat is pulling up in Heliopolis, which looks mostly barren. As we arrive the boat driver mentions that it was once a great civilization but now is just wastes and ruins filled with monsters. He then leaves, saying he’ll be back in a few days. Looks like we’re stuck here for a while.

There’s a big open area in front of it and a building to our left with an old man sitting in front of it. The old man mentions that Anubis really drove down the property value around here, what with the making land barren, cursing everyone and placing evil laser posts everywhere. He says that everyone else is trapped in the cursed palace behind him, and he’s the only survivor. He also mentions someone should teach Anubis a lesson, which sounds like a vague quest hook if I ever heard one.

Before I go anywhere else I decide to take a peek inside the cursed palace, which turns out to be more of an annoyance than anything useful. The main room of the palace is filled with some annoying enemies that look like red peppers with one eye. Yes, red peppers. Don’t ask me, I’ve lost any ability to be surprised how weird and impractical this ecosystem is.

Okay, so they actually look more humanoid than vegetable. The point is they’re freaking weird.

They shoot lasers at you and when struck split into smaller versions of the same enemy. This is irritating enough on its own, but they also teleport randomly about the place. Without any type of lock-on system this becomes a frustrating game of hide-and-get-shot-by-laser-beams until I dice all the peppers. It turns out doing so wasn’t even necessary, because all of the side rooms are filled with petrified inhabitants. Each of them is standing on a pedestal with an empty gem slot, but I’m clearly not equipped with the proper McGuffins to free them at this time.

So I head back outside and note that most of the open landscape in front of me is covered in laser posts. I recall from a previous playthrough that I tried many times to get past these with no success, so I instead head downriver until I hit a dead end. At that dead end there is a ledge, and standing on that ledge is none other than our dear old friend and master of puzzles, Horus! Seems he survived Uruk but says he “won’t bore us with the details of how”. How convenient for the writers. He goes on to say we got lucky back in Uruk and by rights the sword or Osiris should be his, somehow. Then he laughs at us again for not having a high enough jump to reach the ledge he’s on. He finishes off by stating that he saw Monkey Man on Sun Shrine Island, but thinks he can stop Anubis himself and runs off. Sure, that always goes sooo well for ya, buddy.

Looking around to see what to do next, I find a box near where we met Horus. When I examine the box it says that it looks like it may burn. Lo and behold, if we smash some pots nearby it reveals a hole in the wall, which an armadillo comes out of. The armadillo then promptly sets itself on fire and rolls toward us. Is it at all even remotely possible that any of these animals could actually survive in the wild? 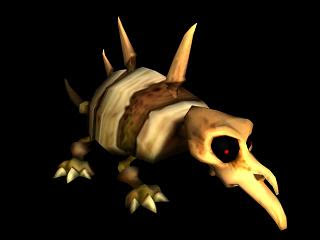 I know I said that I had given up on understanding this ecosystem, but I was lying. Can you blame me? These things set themselves on fire. As a defensive mechanism.

The box is promptly set aflame when the armadillo collides with it, and leaves behind an item. Seems it contained the Eagle Stone, which will apparently summon eagles if you use it on a certain point. That’s another oddly specific magical item for someone to just leave lying around in a box in the middle of nowhere, but whatever.

Conveniently enough, there’s a platform nearby that I just passed for the specific use of this magical stone. I use the Eagle Stone on said nearby point to fly me up to a cliff (it’s all preset after I use it; I sadly have no control of the eagle). I climb up a rope to a higher cliff. I see an obelisk with a language I can’t read on it. Seeing nothing else to do up on this cliff, I use another Eagle Stone point on top of it, which flies me over Laser Post Central to the other side.

There’s a passage to Sun Shrine Island here, but it’s blocked by rocks. The sword does nothing, so I’d better find some other way of blowing it up. Acting on a hunch, I search the surrounding walls until I find another pot blocking another animal hole. Why exactly is there a perfectly good pot sitting out here next a sheer rock cliff? Who put it there, and how did they get past the lasers? Such questions are some of the greatest mysteries of our time. At any rate, with the hole exposed some of the exploding bomb animals emerge from it. So we’ve got some boulders we need to get past and some more explosive critters. Hm… 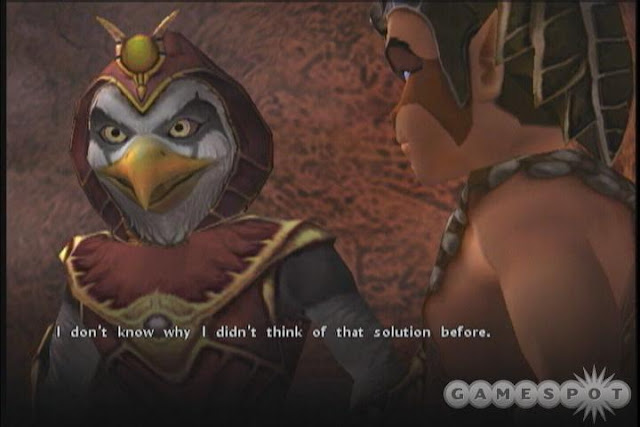 I bet you thought I wouldn’t find a reason to use this image again. Or not, because it’s obvious I would.

I head through the newly opened tunnel and emerge in a coastal area. Straight ahead I find some guy bragging about his swimming speed who asks if I want to try his swimming course. Having played games long enough to know that goodies may await, I accept. This challenge is mildly annoying because the next checkpoint you have to swim to doesn’t always appear in front of you or even on screen from where you were looking. Sometimes you have to almost completely turn around. Nonetheless, I complete the course fast enough and he gives me crocodile scales, which allow me to swim faster underwater.

I wander around the coast a bit more but can’t find anything too interesting. Figuring that’s enough side questing for the moment, I swim over to the nearby Sun Shrine Island and enter. Inside, we finally meet Mystic Monkey Man in person. He compliments us on our accomplishments, particularly finding the Shield of Osiris. Don’t suppose you can tell us what the crap it was doing in that random enemy lair? No? I thought so.

He also points out the single Canopic Vase you’re carrying, which for some reason he didn’t talk about back when we got it after interrupting the ceremony with the Prince. Apparently these contain the soul of the Prince. Without all of them he can’t be returned to life, but with some he can still move about for limited amounts of time. Mystic Monkey Man needs to get the vase to the Prince, so his next course of action is clear: He uses his powerful and ancient magic to animate a small basket. Um…what? 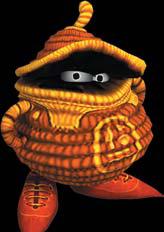 I realized that our only hope against ultimate evil was for me to stick little shoes and cartoon eyes on all my containers. Feel free to bask in my wisdom.

The Magical Monkey of Mystery mentioned that Castle Uruk has measures to prevent outsiders from making it inside. For whatever reason, I guess these measures don’t work on inanimate objects given life. So M3 stuffs our Canopic Vase in the magical basket (who, in a stroke of genius, is named Bas-Ket) and teleports him off to Castle Uruk to find the mummy. The plan is for the mummy to scout out the enemy lair for us after we temporarily revive him with the vase. It’s a sound enough plan, even though these teleportation rules seem annoyingly arbitrary (maybe he only knows the spell of Teleport Basket). At any rate, the scene fades to black. Tune in next time when we finally get to fulfill the second half of this games title.
Posted by Genericide at 12:46 AM